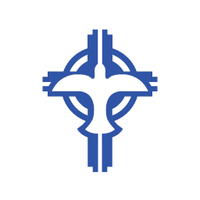 This is the copy of an article posted in the National Catholic Register on June 5th by Judy Roberts. View the original article here.

Stay-at-home orders and other restrictions intended to prevent or slow the spread of the coronavirus have struck many Catholic apostolates at the heart of what they do, whether it is performing corporal acts of mercy or engaging in evangelism.

Sean Forrest had a mission group ready to leave for Haiti on March 17 when the first wave of coronavirus restrictions made it clear the trip would have to be canceled.

Two days later, Haiti closed its border, a move that would have left the Haiti 180 missionaries stranded in the Caribbean nation indefinitely had they traveled there. Since then, Forrest, founder and president of Haiti 180, said the Catholic apostolate has canceled 10 trips, halving its funding and forcing the organization to find other means of raising money.

Stay-at-home orders and other restrictions intended to prevent or slow the spread of the coronavirus have struck many Catholic apostolates at the heart of what they do, whether it is performing corporal acts of mercy or engaging in evangelism.

Travel bans, closed borders and restrictions in other countries especially have affected mission groups like Haiti 180 and Cross Catholic Outreach while domestic sheltering-in mandates, prohibitions on large-group gatherings and shuttered schools and churches have impacted organizations like The Culture Project, Magnificat, a Ministry to Catholic Women, and Young Catholic Professionals.

Because Haiti 180 relies in part on missionaries making donations to the apostolate and bringing supplies when going on mission trips, Forrest said cancellation of those trips has meant the organization has had to make up the difference to continue sending aid to Haiti. The group operates a medical clinic, school, orphanage and home for the elderly and feeds about 700 people at least one meal a day in the island-nation.

So far, Haiti 180 has been able to maintain its services by devising new ways to get the word out about its work and the need for donations to sustain it.

“You have to do crazy things,” Forrest said. “I had to get gear to do a Facebook Live show and then learn how to use it all. ... I’m not a techie guy, but you have to become what you have to be.”

Broadcasts on his Real Sean Forrest Facebook page have been garnering 2,000 to 4,000 views at a time and have featured concerts, missionary interviews and appearances by Catholic speakers Leah Darrow and Chris Stefanick. The exposure has helped Haiti180 bring in additional donations through an appeal asking 800 people to become Team 180 members who donate $15 or more a month.

Meanwhile, Cross Catholic Outreach, which in a typical year supports 300 projects run by local ministries in 30 countries, also has had to adapt to the coronavirus restrictions, particularly when it comes to getting food to people in need.

“All the ministries we work with are being affected by COVID-19 even worse than in the U.S., not necessarily in terms of infection and morbidity rates, but more in terms of the impact on their work,” said Cross Catholic’s president, Jim Cavnar. For example, the closure of schools in many places has impacted lunch programs for children.

“For the very, very poor, that may be their only meal of the day,” Cavnar said. Likewise, in places like Guatemala, where people are not being allowed to leave their homes, Cross Catholic is stepping up shipments of food and arranging with authorities to permit distribution of it.

As with Haiti180, fundraising has been a challenge for Cross Catholic. Every morning, Cavnar said, the apostolate’s team prays that it will receive enough contributions to continue its work overseas without reductions. Amazingly, although the number of donations has dropped 12%, the amount of contributions has increased by the same percentage.

“We know many people have lost their jobs and have no income, are stuck at home and can’t contribute, so fewer are giving; but on the other hand, many major donors told us that they realize the poor overseas are a lot worse off than we are. They realize it’s a struggle for us to maintain and increase aid, and they have increased their giving.”

According to a survey by Charities Aid Foundation of America published in The NonProfit Times, 97% of global and local charitable organizations have been negatively affected by COVID-19. The top effect reported has been decreased contributions due to donors giving less and the inability to reach donors.

Even for apostolates that have held their own during the shutdowns, the future remains uncertain. Cavnar said a large share of Cross Catholic contributions comes from parishioners who hear about the ministry from priests preaching on the apostolate’s behalf during June, July and August. Where churches are beginning to reopen, full congregations are not attending, and should others remain closed for the summer, Cavnar said, it would cost Cross Catholic millions of dollars in donations.

Cristina Barba, president of The Culture Project, which sends missionaries into schools and parishes to talk about sexual integrity, friendship and relationships, said her apostolate also has been affected financially because of the coronavirus, although not as severely as she had feared.

“Donations have lowered, and some people have had to cut down on what they’ve been giving,” she said, “but we’ve also had some generous, less-affected donors who stepped up and donated.”

Nonetheless, The Culture Project, which had missionaries in California, Ohio and Pennsylvania when the coronavirus broke out, suddenly was faced with a decision about how to continue a ministry focused on in-person presentations.

“Once state governors started making more closures, we really had to pivot from one moment to another. ... It has been a nightmare juggling each state and its restrictions, and the first few weeks were very, very stressful.”

Barba said she and her leadership team considered their mission and the importance of giving talks in classrooms and parishes.

“If that were taken away, we said years ago we wouldn’t stop,” she said. “We would find another avenue. We got a chance to put that philosophy into practice, and we said, ‘How do we pivot and continue to offer hope to young people?’”

Although a few missionaries opted to return home and remain connected to and committed to the ministry, most remained in place, residing in parish rectories and convents. The Culture Project content previously presented in school classrooms and parishes was put online and made available via livestream videos twice a day through Facebook Live and YouTube. In addition to missionary presentations, the apostolate brought in national speakers for the livestreams and also offered a Friday night online book study with theologian Edward Sri of the Augustine Institute on men, women and the mystery of love. “In a nutshell, [the coronavirus] has affected us big time, but we didn’t let it stop us from continuing our mission,” Barba said.

Magnificat, a Ministry to Catholic Women

The restrictions, particularly prohibitions on large-group gatherings, also have significantly impacted Magnificat, a Ministry to Catholic Women, which has more than 100 chapters in the U.S. and abroad. Chapter meals, which feature one woman’s testimony of faith, have had to be canceled, eliminating a primary expression and outreach of the apostolate, said Donna Ross, coordinator of Magnificat’s central service team.

Although many other groups have employed virtual events, Ross said Magnificat’s leaders did not think it possible to replicate Magnificat meals online.

“In a meal environment, the person sitting next to you could be a plant of the Holy Spirit — your new best friend — and you cannot duplicate that in a virtual environment.” Alternatively, Magnificat has offered live prayer times on Facebook, and some of the women scheduled to give their testimonies at meals have shared parts of their talks online.

Some Magnificat chapters are attempting to regroup and reschedule canceled meals, but Ross said obviously each will have to comply with diocesan and government guidelines.

“God wants us to get back together eventually,” said Ross, “but we will need to do so prudently and cautiously.”

The canceled meals also will likely affect financial support for the ministry since donations are taken up at each event and chapters give a share of those to the central service team.

“But we are just really trusting in the Lord,” Ross said. “We rely on God’s goodness and the generosity of our membership.”

Young Catholic Professionals, another apostolate that depends heavily on in-person gatherings, allowed each of its 21 chapters to decide how to handle events and member support in the midst of coronavirus restrictions. Initially, this was a concern because part of YCP’s threefold purpose is to foster community.

Young people and a priest chat at a Young Catholic Professionals event before the pandemic hit.

“It certainly presented a challenge to us, but what is so wonderful about a ministry made up of young people who are creative and agile is that we really seemed to rise to the occasion and not a lot of time was spent worrying or wallowing,” said Jennifer Baugh, the founder and executive director of Young Catholic Professionals.

Most chapters chose to have virtual events that included a speaker series, happy hours, Rosaries, panel discussions and even the Stations of the Cross. Although this turned out to be something of a boon because it connected members in different cities, Baugh said the apostolate, like others that depend on the generosity of donors, faces uncertainty about its funding in the current economic conditions brought on by the coronavirus restrictions.

Baugh said YCP did have a reserve going in and was able to offer contract work to 17 members who were out of work because of the pandemic. The apostolate also provided resources for its members in the form of retreats and career guidance and did a survey to see how many had jobs that were affected by the coronavirus shutdown. Results of the survey are still being gathered, but Baugh estimates 25% to 30% were affected.

“When this ends, I think we’ll all say it’s been a very challenging time,” Baugh said, “but one that stretched us to be more creative and work together more.”